Bogs, Caves and an Elephant’s Bum?!?!

It has been quite a while since I posted on this blog and I have now returned. Exams literally took over my life for a few months, consequently, I needed a minimum of a month to recuperate. My mind was turned to mush from all the nonstop revision and tests but I think it has now molded back together in some way.

So now I have come here to tell you all of an interesting story that occurred in the past week.

Last Wednesday, myself and around 60 other surviving 15, 16 and 17 year olds attended phase 1 of NCS (National Citizen Service). We went to Arete Outdoor Centre in Snowdonia and stayed there until Sunday 30th. I’m not going to talk about everything that happened or describe every single detail as I’m too lazy for that and my attention span doesn’t last that long. Therefore, I’m just going to tell you some of the best bits. 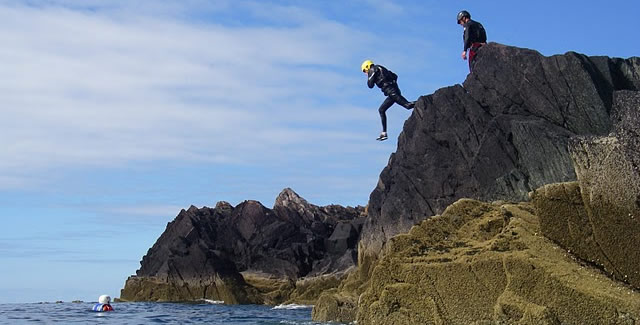 During Friday daytime, my team were taken caving. Being deep underground, in the dark and only being able to rely on the rest of the team and the ropes helped me and my teammates bond so much more. The cold air surrounding us and clay drying on our clothes really showed us the life of a miner back in the day. Caving was an amazing experience but the best bit I’m going to talk about is the journey from the cave back to the minibus. The mountain sides were extremely steep and slippery. Slates covered the entire place and it was pouring down with rain. We were soaked. Let’s just say that the combination of all of these factors only slowed our return down. I fell over so many times, so did a couple girls near me. Somehow, I managed to slip where noone else did. Only in the puddles. The funniest part wasn’t until we were near the minibus, where unbeknownst to 5 of us, a bog lay in our path. 4 of us managed to miss it but unfortunately for my friend, great for the rest of us, they fell in it. Half of their body was covered in mud (possibly faeces). We couldn’t stop laughing.

Saturday was also a good day. We went gorge scrambling for most of it and then had a campfire in the evening. The best bit of this day was during the former. After around an hour of walking up a gorge, we passed a formation known as the Elephant’s Bum. I don’t know how it came to that name but I’m happy they did decide on it. Sadly we didn’t get to climb through it as another group was there. Instead, we continued on to a different one, known as The Washing Machine. It was a tiny space between two rocks and you had to go under the water to get through it, so of course most of us did. However, one of us decided to be more daring. They decided that going head first into it, rather than feet first like the rest of us, would be a great idea. They are over 6ft and head first was something the instructors did with Primary School kids. The outcome was hilarious. I had just gone through the Washing Machine, only to turn around to find two feet dangling in the air and everyone else in stitches. It made our day.

So that’s really it for this post. From the first phase, I can definitely say going on different projects and venturing out into the world really shows you just how much is out there and introduces you to many different people and cultures.